I discovered today that God is demanding me to forgive those who've wronged me as Colossians 3:13 says, "If someone does wrong to you, forgive that person because the Lord forgave you".  It's taken me many years to understand this.  I do now feel a bit lighter, if that makes sense; I feel like I don't have to carry the heavy burden of hate.  I'm used to burning bridges.  I'm the engineer; I study the environment, hire the construction workers, dictate those to build that bridge, then I set fire and watch it burn.  This can't be me anymore.

Dreams?!
I'm often extremely mortified by my dreams.
I'm intrigued enough that I've done some research.  "Renown psychologist Carl Jung observed that portions of our whole personality which we knowingly or unknowingly judge become disowned, and are frequently projected outward in dreams, taking the form of aggressors, devils, monsters, intimidating animals or natural events (e.g. tidal waves), and so on. Jung referred to these symbolic figures as "the shadow". Whether we become aware of such elements of our shadow through nightmares or daymares, re-accepting these judged and disowned portions of ourselves is the message and the awaiting gift (www.dreams.ca)."
I struggle to see my aggressor in my recent nightmare as a projection of a portion of me.  Hm..  Yes, this is certainly disconcerting.
"The pursuer usually represents a fearful aspect of our shadow, and hence an exaggerated version of a denied or inhibited portion of our own personality that would benefit us if integrated and appropriately expressed (www.dreams.ca)."

Hiccups...
I am not plagued by these often but when they do come on to haunt me, they're relentless.  Let's research...
It has something to do with irritation of the diaphragm, pulling downward in an awkward jerk, causing the owner to suck in air suddenly.  When this air hits the owner's voice box, the hiccup occurs.  Bleh...  I've had these for about two hours now.
Some cures....

NONE of the following have worked.  Yes.  I did try these.

The following had me giggling...


Not a problem for me...  My consumers would LOVE this...


So... Boo to hiccups...  I'm not too optimistic about losing em either.  >.<  Thank you to www.musanim.com for the suggestions...

Living on my own, thinking for myself
Castles in the sand, temporary wealth
Walls are falling down, storms are closing in
Tears have filled my eyes, here I am again

And I've held out as long as I can
Now I'm letting go and holding out my hand
Daddy, here I am again, will you take me back tonight
I went and made the world my friend, and it left me high and dry
I dragged Your name back through the mud
That You first found me in
Not worthy to be called Your son
Is this to be my end?
Daddy, here I am
Here I am again
Curse this morning sun, drags me in to one more day
Of reaping what I've sown, of living with my shame
Welcome to my world, and the life that I have made
Where one day you're a prince, the next day you're a slaveThe

Parable of the Prodigal Son resonates within me.  For as long as I have strayed from God, I've stayed in darkness.  Now that I am striving to climb out of my pit, I am confident that God will readily accept me again.  In coming to myself, I will come out of my hopeless state.  Micah 7:19 tells me, “You will again have compassion on us; you will tread our sins underfoot and hurl all our iniquities into the depths of the sea”.

Grace
"Mercy is when we don't get what we deserve.  Justice is when we get what we do deserve.  Grace is when we get what we do not deserve (Hope in the Midst of Depression:  How to Embrace Life Again, Mary Southerland)".
Titus 2:11-12, "For the grace of God that bringeth salvation hath appeared to all men, 12Teaching us that, denying ungodliness and worldly lusts, we should live soberly, righteously, and godly, in this present world;"
It took me some time to understand the meaning of Grace.  It has become extremely obvious that God's grace is truly working in my life.  I want to mention someone here.  I'll call him CaptainK.  I feel that God sent this beautiful person into my life, not to save me, as this is a journey that needs to start with me stepping into my Chucks and walking His path, but to offer me guidance (a hand out of my pit).  God Bless CaptainK.  When I finally get to meet you, I won't be surprised if I feel so light, that I'm swept off my Chucks (feet).  We all require God's grace; it's unmerited, unearned and plentiful.
Hallelujah. <3
Posted by A Beautiful Mess at 1:58 PM 3 comments:

I once had a client (a young female, adjudicated to a lock down facility for criminal activity and severe drug dependency) tell me that she almost felt that she had to live in the realm of depression in order to appreciate the small things in life.  Hm, imagine that.  She described sitting at a window and watching snow flakes lick the pane, or holding a mug of cocoa and losing herself in time watching the steam rise from the chocolaty surface, or standing in the rain with her face up toward the sky, feeling every drop on her worn skin. 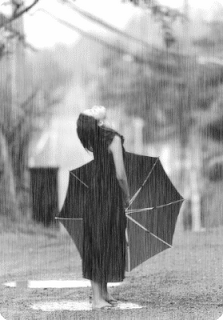 I instantly understood and was able to connect with her on a level that neither she nor I realized existed.  See, she assumed one had to be "depressed" to sit and stop time while admiring the beauty in nature or even her own Swiss Miss.  She explained that she felt like a Freak.
Me?  I told her that I must be a Freak too.
Her eyes lit up.
No one told her that it is OK to sit in peace.

This young girl had seen so much war and had done so much damage to her body throughout her short life; she simply didn't allow herself to have "peace".  She called her unique moments "depression" and was a Freak for spending time in silence.

She went on to question why God allows for catastrophes, murder,  hate, loss...
She cried.  She explained that she has to believe in something or she won't make it to see her future days.
It seemed that she was looking to surrender to Him; she just had so many questions.  See, she didn't know how to love.  Or trust.
I found myself unable to answer her.  I did what I could; I consoled her and told her that I didn't have answers to her questions but that God has a plan for her and her story will change the lives of many if she is willing to share.
I think of her often.

A very special person shared this with me today:
"Remember that shadows only exist because there is light, so anytime you remember these dark times, it's only because there is a Light in your life now that allows you to see those shadows and move on."

For some reason, God chose today to force me to face a demon that has been biting and pinching, picking and gnawing at the tenderest places of my soul.  Wow.  I am thankful for this.
In order for me to walk the lit path that I now see, I must forgive, surrender all my anxiety and fears to God and swallow my deceiving pride.

Send me a sign
A hint, a whisper
Throw me a line
'Cause I am listening

Surround me with the rush of angels' wings

Shine Your light so I can see You
Pull me up, I need to be near You
Hold me, I need to feel love
Can You overcome this heart that's overcome?

You sent a sign
A hint, a whisper
Human divine
Heaven is listening

Death laid love quiet
Yet in the night a stirring

All around the rush of angels

Oh, the wonder of the greatest love has come

Shine Your light so all can see it
Lift it up, 'cause the whole world needs it
Love has come, what joy to hear it
He has overcome
He has overcome
Posted by A Beautiful Mess at 3:44 PM 1 comment:

Amy Grant's "Better than a Hallelujah"

These words speak volumes to me.  I'm currently battling some inner demons (part of the reason why I felt the need to begin a blog) and this song encourages me to speak my struggles to God for He adores when I come to Him with hope that He will assist.  He has...  He still does...  In sharing this song, I hope that someone might hear the lyrics and feel capable of surrendering to God and allowing Him to wrap His Whole Self around you.  You'll make it through, we both will.
Sometimes I find that my advice is meant for my little self.  I sit here chuckling at myself because in my attempts to make it seem like I have struggled but now see the light at the end of the tunnel, I've come to own the fact that I have only now accepted help.  I'm knee deep in my own self conscience on that damned battle field.  There, I said it.  SO maybe this post is a for me by me deal. 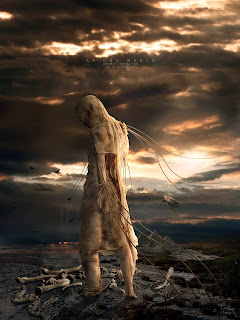 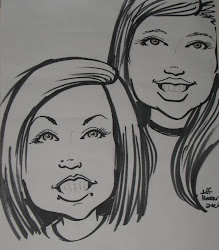 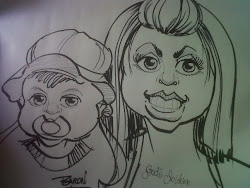